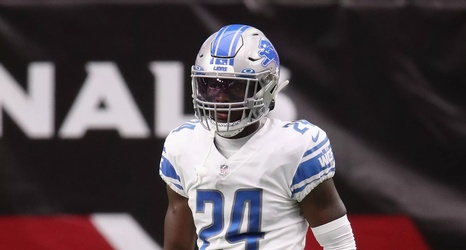 The Detroit Lions will be without starters all over their lineup on Thursday for their Thanksgiving Day game against the Houston Texans. In addition to Kenny Golladay, Danny Amendola, Jeff Okudah, Trey Flowers, and Da’Shawn Hand—all of whom were declared out before gameday—the Lions will also be missing second-round rookie running back D’Andre Swift

Swift’s injury is devastating to a team that can ill afford it. Swift was just breaking out as the Lions’ best weapon on offense before suffering a concussion. Last week the Lions had to play without Swift, Amendola and Golladay, and we all know what happened next.