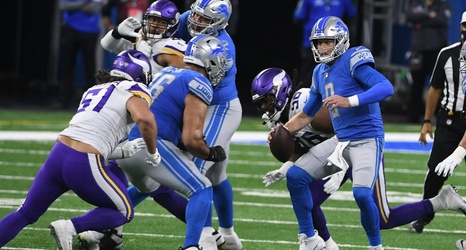 Detroit — It was a fitting end to a dismal season.

By allowing the Minnesota Vikings to rack up 507 yards of offense and score a season-high 37 points on Sunday, the Detroit Lions set new franchise-worst marks in yardage and points allowed in the 37-35 defeat, sinking below the winless 2008 squad.

The silver lining that comes with a four-game losing streak to end the season is the Lions locked up a top-7 draft pick, a valuable asset for whoever the franchise hires as their next general manager.

The Lions allowed 519 points and 6,978 yards this season, both franchise records.