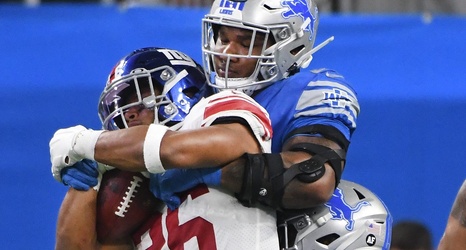 A day after the Detroit Lions ruled out three of their top offensive players for Sunday's road game against the Carolina Panthers, it was the defense's turn to absorb a pair of losses. The team announced both defensive tackle Da'Shawn Hand and defensive end Austin Bryant have been downgraded to out.

Hand, who has battled durability issues throughout his first three seasons, had not missed a game in 2020. But a groin injury that limited him during Thursday and Friday's practices proved to be severe enough to sideline him this week.

As for Bryant, he's been dealing with a thigh injury that also popped up mid-week.