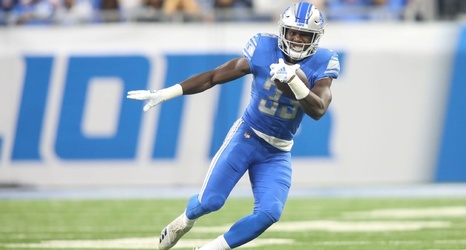 Lions coach Matt Patricia said earlier Monday he had briefly talked with doctors but would not know anything for sure until later on.

Johnson has been Detroit's lead back this season, rushing 92 times for 308 yards and two touchdowns. He injured the knee in the first half and did not return.

Shortly after the injury, he reappeared on the sideline in the second quarter with a brace on the knee and was riding the stationary bicycle behind the bench.