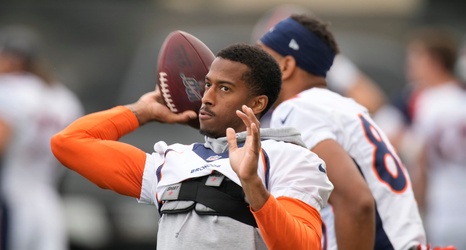 Allen Park — The Detroit Lions had said they wanted to get newcomer Trinity Benson involved in the season opener, but no one was expecting the wide receiver to be on the field for 49 snaps.

Benson's inflated workload was the result of two things, a second-half injury to starter Tyrell Williams and the fact the team ran an unusually high 33 plays in the fourth quarter while attempting to execute a furious rally.

"Yeah, we, certainly, didn’t want him to get that type of load, but it happened with Tyrell going down and when you run that many plays, (it's) all hands are on deck," Lions coach Dan Campbell said.