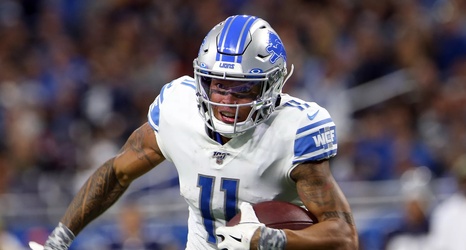 It may not seem like it, but Marvin Jones Jr. is quietly having himself a career year. Along with teammate Kenny Golladay and Jacksonville’s DJ Chalk, he leads the NFL with eight receiving touchdowns, just two short of his career high for a season. He’s currently on pace for his second 1,000-yard season in three years, and his 2019 76.1 percent catch rate is by far the highest of his career.

That’s why ESPN’s Michael Rothstein believes that Jones is the Lions’ most underrated player on the roster right now.

“It might sound weird that a known quantity would be underrated, but Jones has been a consistently strong presence since signing with Detroit in 2016,” Rothstein wrote in this week’s ESPN Power Rankings, which has the Lions at No.