Lions' Matt Patricia on Matthew Stafford: 'We're lucky to have him' 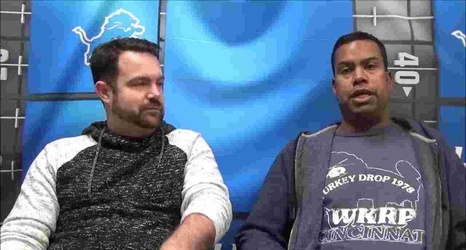 Justin Rogers and John Niyo discuss the Lions' three-game losing streak and the team's chances of snapping it at home against Carolina. Justin Rogers, The Detroit News

Allen Park — When the losses begin to stack on top of one another, and fan frustration mounts, there's going to be a search for a scapegoat.

And in the NFL, it's not unusual for a lot of fingers to end up pointing at the quarterback. Doubly so when that quarterback is the franchise's highest-paid player.

While opinions of Detroit Lions quarterback Matthew Stafford always will land all over the spectrum, there's little debate his critics grow louder when the Lions are slumping.