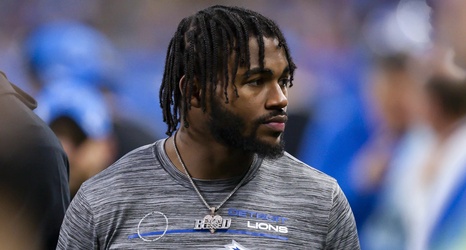 It’s early in the week, but it sounds like Detroit Lions' running back D’Andre Swift is trending towards missing the team’s Week 13 matchup against the Minnesota Vikings.

“It’s hard to say that you’d see him playing, but there again we’ll know a lot more on how he feels tomorrow and then certainly Wednesday,” Campbell said. “But I know he’s hurting a little bit.”

During Thursday’s Thanksgiving game against the Chicago Bears, Swift injured his shoulder when he was tackled on the sideline and landed hard on his right shoulder and he did not return.