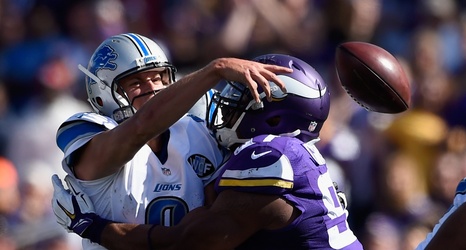 Detroit Lions running back Adrian Peterson first heard his old friend, Everson Griffen, might be on the move in a text message from his father.

“My dad lives in Dallas,” Peterson said Thursday. “(He said) you guys might need to bring him in, so it’s ironic that it ended up working out that way.”

Peterson and Griffen were “like this,” Peterson said, crossing his fingers, during their playing days with the Minnesota Vikings, and even more ironic is their first game together will come next week in Minnesota against their former team.

The Lions traded a conditional 2021 draft pick to the Dallas Cowboys for Griffen on Tuesday, but the defensive end needs to pass COVID-19 tests on five consecutive days before he’s allowed to join his new team.