Lions-49ers recap: 3 players on offense who shined in season debut 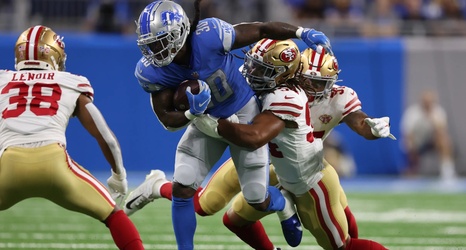 We waited a long time for the Lions football season, and the first game did not disappoint for excitement, although the final box score probably left plenty to be desired. The Detroit Lions spent the start and end of their bout with the San Francisco 49ers in tough competition, but much of the middle felt like Detroit had been outclassed by a team that is, admittedly, seen as a playoff contender by many this year.

There’s much to dissect in this game; its hope-giving nature, its fiery attitude, its incontinence from quarterback Jared Goff.