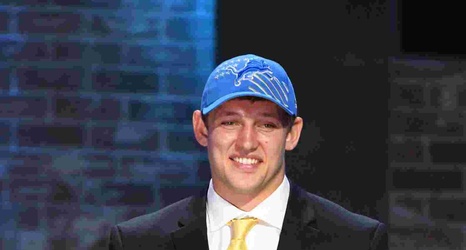 T.J. Hockenson reacts to being picked by the Lions, and explains why he wore Lion King socks to the draft in Nashville, Tenn. on April 25, 2019. Chris Thomas, Detroit Free Press

When Detroit Lions’ first-round pick T.J. Hockenson takes the field for rookie minicamp Friday, he’ll be met with outsized expectations that, historically at least, have been tough to fill by rookie tight ends.

Just one tight end in the last decade has topped 600 yards receiving as a rookie, and the position has typically been tough to make a first-year impact at because of the complexities that come with being involved in both the running and passing games.