Kenny Golladay's quiet rise has been what the Lions have needed 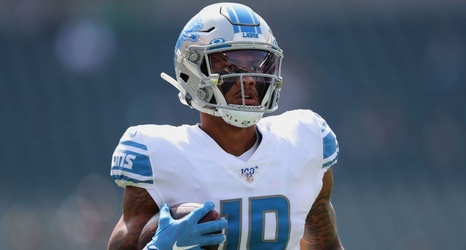 ALLEN PARK, Mich. -- Kenny Golladay isn’t the loud one. Not in the locker room, where he’ll often speak softly while sitting at his locker during media sessions. Not in the meeting room, either, where fellow Detroit Lions receivers Marvin Jones and Danny Amendola will be more vocal.

Golladay prefers to be the quiet devastator. In meetings, he prefers to sit and ingest all of the notes receivers coach Robert Prince will give him, sitting in the front row asking questions when he needs to.

On the field, he’ll talk by ripping a ball out of a defensive back’s hands for either a reception or a broken-up interception, happening so often it’s almost expected.