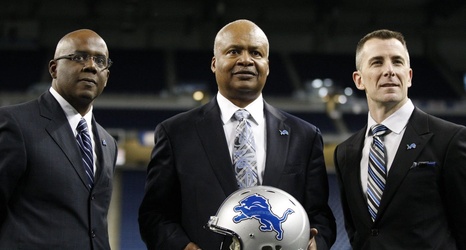 Jim Caldwell has a chance to make history, and break a Detroit Lions curse.

The Houston Texans announced Monday they met with Caldwell to interview for their vacant head coach position. If he gets the job there or elsewhere, he would become the first former Lions full-time head coach since Buddy Parker to get another NFL head coaching job after exiting Detroit. (Parker coached the Lions to two NFL titles in the 1950s, then became Pittsburgh Steelers head coach in 1957; George Wilson, who led the Lions to their last NFL title in 1957, joined the AFL's Miami Dolphins as head coach in 1966).