Jack Fox is a punting samurai, slaying foes with precision and honor 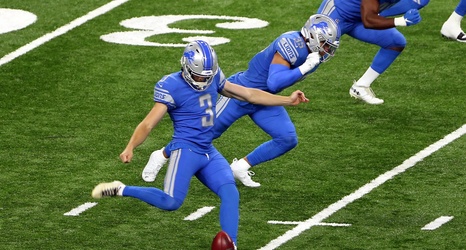 A victory takes a village. Sun Tzu did not say this. However, it sounds impressive and I suppose it fits nicely into an Instagram story for a Gary Vaynerchuk clone, so we’ll roll with it anyway.

The victory of the Detroit Lions over the Arizona Cardinals on Sunday had many heroes, but perhaps there were none who captured the imagination of the Lions fanbase more than punter Jack Fox. This is not some in-joke, nor some Twitter-born meme that has Detroit spiraling into bad yucks. This is genuine, this is important, this is a true story.