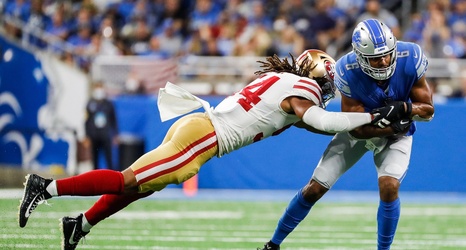 Jeff Okudah wasn't the only starter the Detroit Lions lost to injury in their season-opening loss to the San Francisco 49ers on Sunday.

Lions coach Dan Campbell said No. 1 receiver Tyrell Williams is in concussion protocol after leaving the game following a helmet-to-helmet hit in the third quarter.

Williams retreated to the locker room, accompanied by trainers, following the play. He returned to the bench area a few minutes later, but never re-entered the game.