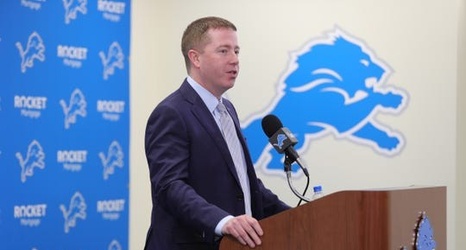 One of these five players likely will be Detroit Lions' first-round pick in 2020 NFL draft, according to Free Press sports writer Dave Birkett. Wochit

His first thought was the basement, but with social distancing guidelines being what they are, and a couple middle-school-aged kids in his house, that was a no-go.

Then Bob Quinn figured the garage. He would give Steve Lancaster, the Detroit Lions director of information technology, his own space just outside his Northville home. That way, if any problems arose during this week’s NFL draft, Lancaster would be nearby for a quick fix.