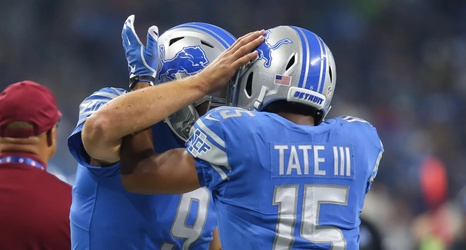 Ever since Golden Tate was traded midseason away from the Detroit Lions, he’s had nothing but nice things to say about the organization. When the trade first went down, Tate showed his graciousness for the opportunity the Lions gave them.

“Can’t thank the Lions organization enough for the commitment they made to me and my family,” Tate wrote in a heartfelt Twitter post.

Then when the offseason hit, he said he believes general manager Bob Quinn has the team pointed in the right direction.

And this weekend at the American Century Golf Championship, Tate turned his appreciation to Lions quarterback Matthew Stafford.