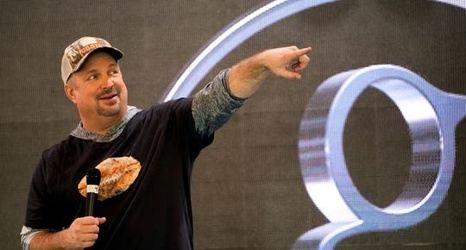 Fans gobbled up Garth Brooks tickets in about 90 minutes Friday morning — and gave the country star a Ford Field record in the process.

More than 70,000 concertgoers will be on hand for the Feb. 22 show, Brooks' publicist announced this afternoon. It's an all-time mark for a single concert at the Detroit Lions' stadium.

Brooks is aided by his in-the-round configuration, which will position his stage at center field — rather than at one end of the stadium, as with most Ford Field concerts.