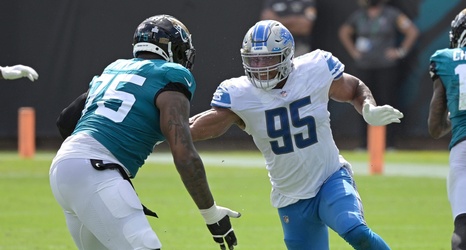 One of the biggest questions the Detroit Lions faced this past offseason was: Who would the team bring in to help the pass rush opposite Trey Flowers? As it turns out, that guy was on the roster all along.

After a disappointing follow-up to his breakout 2018 season, defensive end Romeo Okwara is more than back on track this year. Not only does he lead the team with 6.0 sacks through nine games — putting him on pace to be the team's first defender with double-digit sacks since Ziggy Ansah in 2017 — Okwara has also been one of the league's most-efficient at pressuring the quarterback.