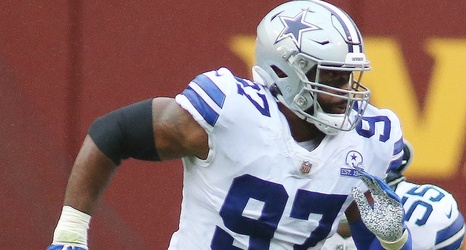 Detroit Lions coach Matt Patricia didn't have much to say on Wednesday about his team's trade to land Everson Griffen a day earlier. Knowing the veteran defensive end won't be able to suit up for the team until next week, due to the league's COVID-19 protocols, Patricia preferred to reserve his thoughts about the acquisition until then.

Of the little Patricia did offer, he noted his familiarity with Griffen made pulling the trigger on the deal easier when the opportunity presented itself.

"I think it does help when you know a player like Everson, and played against him so many times," Patricia said.