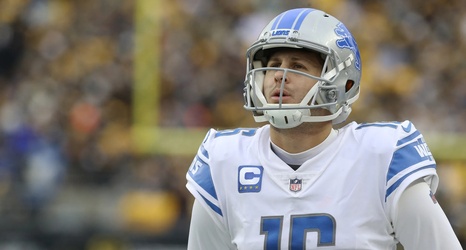 The Detroit Lions have declared their Week 11 injury designations for their Sunday matchup against the Cleveland Browns. They have ruled out three players, including starter Trey Flowers (EDGE), and listed Jared Goff (quarterback) as doubtful.

After missing practice on Wednesday and Thursday, coach Dan Campbell said Goff was feeling better on Friday and the plan was to test out how much his injury was impacting his throwing motion.

“He’ll throw today, just see where he’s at,” Campbell said. “Until we know more from there, we’re planning on (Tim) Boyle and then certainly (David) Blough is ready.