Detroit Lions trade up for Purdue LB Derrick Barnes, who has a special tattoo 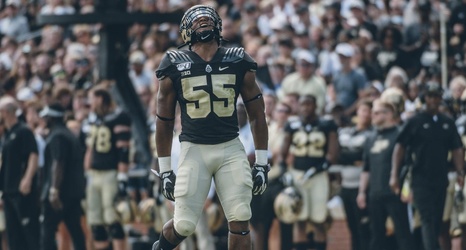 The Detroit Lions traded up to pick Derrick Barnes, a linebacker from Purdue, at No. 113 overall in the 2021 NFL draft on Saturday.

One pick earlier at No. 112, the Lions took Amon-Ra St. Brown, a receiver from USC, with the seventh pick in the fourth round to open Day 3.

Barnes is a senior from Covington, Kentucky, listed at 6 feet and 238 pounds. An all-state running back in high school, he earned second-team All-Big Ten honors last season, collecting 54 tackles in six games (5½ for loss), an interception and two pass breakups.