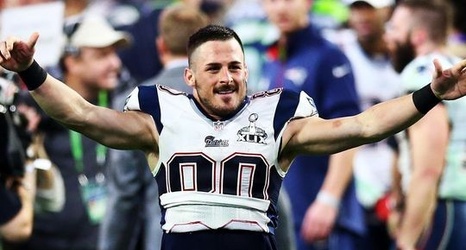 The Detroit Lions have a new slot receiver, and they didn't have to break the bank to sign him.

The Lions signed veteran Danny Amendola to a one-year deal worth up to $5.75 million on Monday.

Amendola spent last season with the Miami Dolphins and played the five years before that with the New England Patriots, where current Lions head coach Matt Patricia was the defensive coordinator.

More: Which Lions free agents will be back, which are going elsewhere

By signing Amendola hours before the free-agent negotiating window opens, the Lions effectively took themselves out of the slot receiver market.