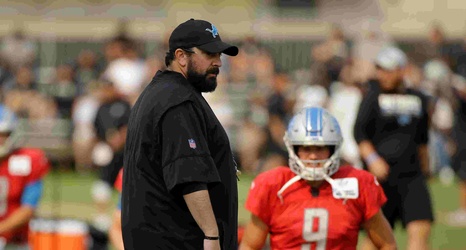 The Detroit Lions announced Friday that four players were placed on the active/non-football injury list, and another was put on the physically unable to perform list.

Offensive tackle Ryan Pope, linebacker Austin Bryant and defensive tackles John Atkins and P.J. Johnson all were placed on the active/non-football injury list ahead of the Lions training camp, which begins Thursday.

Pope, an undrafted free agent rookie out of San Diego State, received a $145,000 guaranteed signing bonus to join the team.