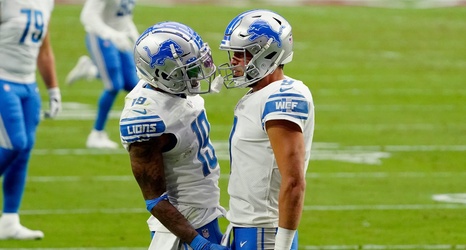 Matthew Stafford has put up some astounding passing numbers in his career.

But for all his accomplishments, one thing Stafford never has done is throw a touchdown pass against the Jacksonville Jaguars, the team he and the Detroit Lions face Sunday when they return from their bye.

“I did not know that,” Stafford said Wednesday. “That needs to happen, for sure.”

The Lions and Jaguars have played just twice during Stafford’s 12-year career, with the Lions winning and Stafford playing well in both games.