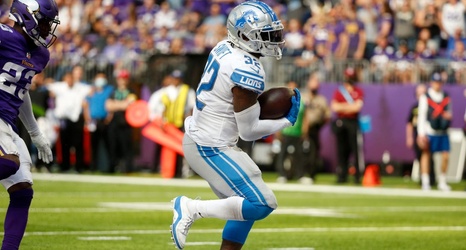 The Detroit Lions' already-thin receiving corps is down another weapon.

Second-year receiver Quintez Cephus suffered what Lions coach Dan Campbell called a likely serious shoulder injury with 59 seconds left in the first half of Sunday's 19-17 loss to the Minnesota Vikings.

Cephus, who had emerged as the Lions' top receiver in recent weeks, was injured when he was driven hard to the ground by two Vikings defenders on the Lions sideline.

"It looks like it’s in the shoulder-front area," Campbell said. "Could be his clavicle, could be his shoulder, but it doesn’t look good.