Detroit Lions LB Jarrad Davis is NOT being traded, per team 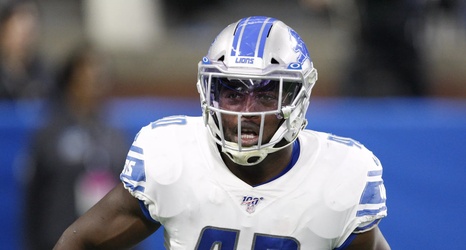 Thursday morning, a rumor started by Chad Forbes on Twitter suggested that Detroit Lions linebacker Jarrad Davis is on the trading block, because he “appears to have fallen out of favor with Matt Patricia’s coaching staff.”

Anyone who has been paying attention to the Lions for the past few years immediately shook off those rumors. The coaching staff has been unrelenting in their praise of Davis, and despite the move to add Jamie Collins Sr. this offseason, nothing suggested Davis’ job for 2020 is in jeopardy.