Detroit Lions injury updates: What we know about the Lions’ Week 1 preseason injuries 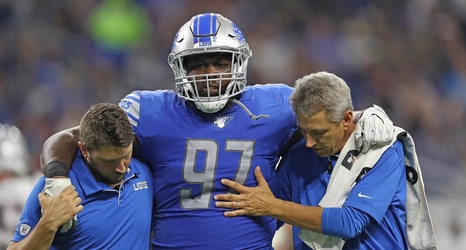 Not only was the Detroit Lions’ preseason opener a completely failure in terms of execution, but the team also suffered a lot of bad injury luck against the New England Patriots. Because there are no injury reports mandated by the league during the preseason, we don’t have a lot of the specifics.

However, there has been some injury news that has trickled in. Here’s a recap of everyone that appeared to suffer an injury on Thursday night and what we know about it right now.

The Lions’ wide receiver was carted off after being rolled up on in the first quarter.