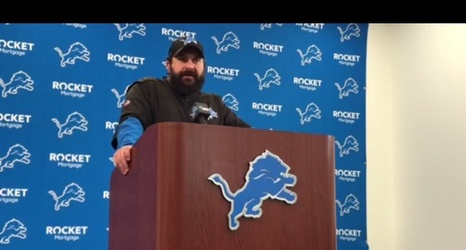 Ty Johnson made it through 12 snaps in his first NFL start before a brain injury knocked him out of action, but the rookie running back could be back on the field Sunday against the Dallas Cowboys.

Johnson was listed as questionable on the Detroit Lions' injury report after he practiced Friday on a limited basis for the second straight day.

A sixth-round pick out of Maryland, Johnson remains in concussion protocol and must be cleared by an independent neurologist before he's allowed to return to game action, but the Lions are hopeful that could happen this weekend.