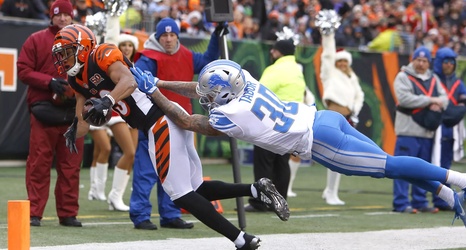 Two seasons into his NFL career, Teez Tabor doesn’t have much to show for it. Despite being a second-round pick, Tabor has just started in five total games. Typically, Tabor has been spending gamedays watching from the sideline, only making impacts on very occasional defensive packages and special teams.

When he has made it onto the field, it hasn’t been pretty. He notoriously gave up a perfect passer rating in 2018 and he doesn’t have an official pass defended to his name.

Despite all of that, Detroit Lions general manager Bob Quinn still has a lot of faith in the Florida cornerback he drafted two years ago, and it starts with how Tabor finished the year last season.