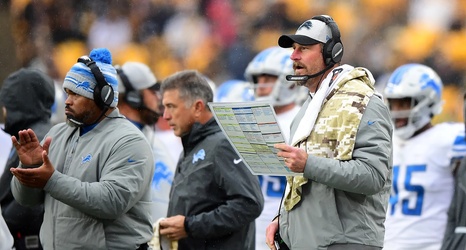 The Detroit Lions offense is predictable and inefficient when they are faced with “gotta have it” plays.

And despite making changes at the bye, most notably coach Dan Campbell taking over play-calling duties from offensive coordinator Anthony Lynn, the offense has been one dimensional the last two weeks, and opposing defenses know it.

In Week 10 against the Pittsburgh Steelers, quarterback Jared Goff threw for a total of 79 yards in regulation (though he did bump his total to 114 passing yards with overtime). The Lions followed up that performance up with a 77 passing yards output by quarterback Tim Boyle in Week 11 against the Cleveland Browns.