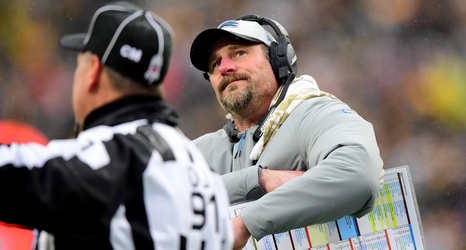 Detroit Lions head coach is still searching for his first win this season and we’re nearing Thanksgiving. That’s obviously not where this team wanted to be at this point in the year, but it’s hard to gauge how much of the blame falls on the head coach’s shoulders.

Campbell had done an admirable job when it comes to building this team’s culture. While the players are obviously mad and disappointed in the record, they have not let it shown when they take the field—both throughout the weeks of practices and on Sundays.

But despite that, the Lions still haven’t picked up a win.