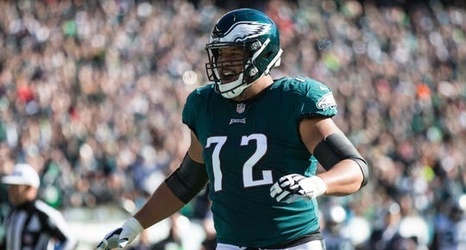 The Detroit Lions made their first move of free agency Monday, and in true Bob Quinn fashion it's help for their offensive line.

Vaitai started three games for the Eagles last season and has played as Philadelphia's swing tackle most of the past four seasons.

He started at left tackle in place of an injured Jason Peters during the Eagles' 2017 run to the Super Bowl.