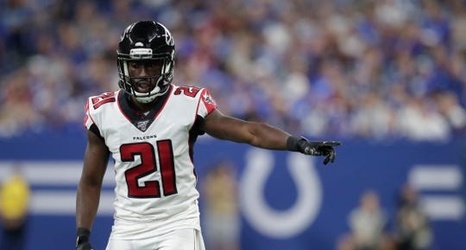 Allen Park — There's a cliche in football that says if a cornerback could catch the ball, he'd be a receiver. Well, new Detroit Lions cornerback Desmond Trufant was meant to be a corner.

First, it runs in his blood. Both of his older brothers, Isaiah and Marcus, played cornerback in the NFL. Second, Trufant readily admits he's dropped his fair share of balls over the years, passes which should have been interceptions.

That's not to say he hasn't forced his fair share of turnovers. A first-round pick in 2013, he's hauled in 13 picks in seven seasons, peaking with a career-high four in 2019, when a broken forearm limited him to just nine games.