Decker on road to recovery after shoulder surgery 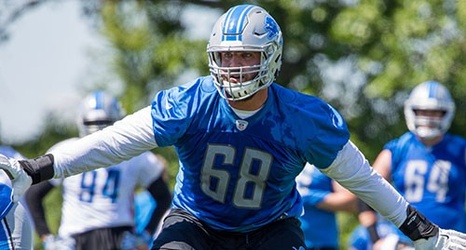 Detroit’s retooled offensive line has received its first bit of bad news for the 2017 season.

Lions head coach Jim Caldwell broke the news to the media on Tuesday and didn’t have a timetable for Decker’s return.

“It got repaired and we’ll see how he progresses along,” Caldwell said. “The doctors will certainly give us updates as he goes … he’s on the road to recovery.”

Caldwell said he’d give an updated timetable for Decker’s return at the start of training camp in late July.

See full article at Official Site of the Lions