Da’Shawn Hand working out with Michael Brockers this offseason 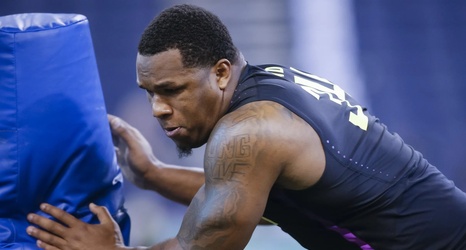 As we’ve mentioned a couple of times in our Detroit Lions training camp preview series, 2021 could be a make-or-break season for Da’Shawn Hand. The 2018 fourth-round pick exploded onto the scene during his rookie season, but his play has been marred by injuries and inconsistent play since. Now on the final year of his contract—and with two young defensive tackles drafted in this year’s draft—Hand needs to make an impact, and make it now.

One person who could possibly help him on that journey is defensive tackle Michael Brockers, who the team traded for to give Detroit’s defensive line a veteran presence.