Da’Shawn Hand downgraded to out vs. Eagles 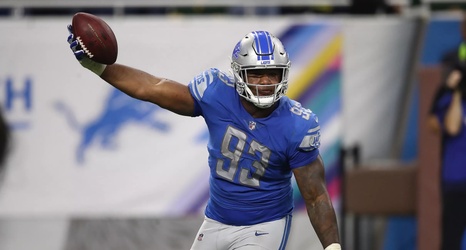 Detroit Lions defensive lineman Da’Shawn Hand just can’t seem to get over his arm injury that’s kept him out of the first two games of the season. This week Hand was a limited in practice and was even seen in an arm brace during Thursday’s practice—although he was back to a sleeve on Friday.

The belief was that he was probably a ways off and was likely not going to play in Sunday’s game in Philadelphia. On Saturday, the Lions confirmed those suspicions when they officially downgraded Hand to OUT for this week’s game against the Eagles.