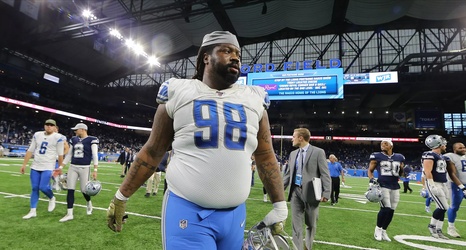 When reports first surfaced that the Detroit Lions were releasing key nose tackle Damon Harrison Sr., it appeared to be a decision based on the veteran’s probable retirement. After the 2019 season, Harrison noted that he wasn’t sure his body could keep up with the game any longer.

And while retirement still may be an option for Harrison, it appears Harrison wants to give it another go in 2020. Dave Birkett of the Detroit Free Press indicated “Harrison has since decided to try and play in 2020,” and the rest of the local beat have supported Birkett’s sources.