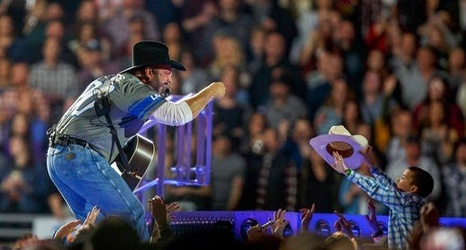 Leave it to the greatest Detroit Lions player ever to make the best of a confounding situation.

The Free Press reported on Friday morning that people were up in arms over Garth Brooks wearing a "Sanders 20" jersey during his concert at Ford Field last week.

It appears that people confused this as an endorsement for Democratic presidential candidate Bernie Sanders for the 2020 election.

It was instead (and obviously so to those around here) an homage to Barry Sanders, the Hall of Fame running back who was voted by USA TODAY readers as the greatest college football player ever a few months ago.