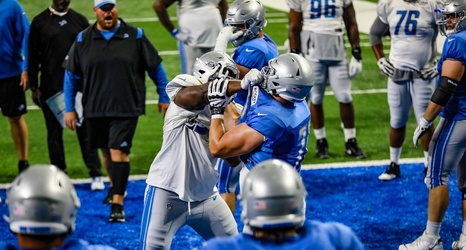 Two rookies are among the projected starters on the Detroit Lions' first depth chart of the summer.

First-round pick Penei Sewell, who has taken every first-team rep at right tackle during training camp, and third-round nose tackle Alim McNeill were listed as starters on the depth chart put together by the Lions' media relations department ahead of Friday's preseason opener against the Buffalo Bills.

McNeill has been one of the most pleasant surprises of camp, playing ahead of John Penisini and showing power, speed and strength.

"He’s better than I thought when we drafted him, to be honest with you," defensive line coach Todd Wash said Monday.