A CB at No. 2? ESPN analyst Mel Kiper Jr. has Detroit Lions 'Saucing' up first round 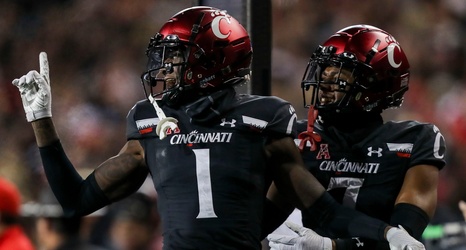 If you thought taking a cornerback at No. 3 two years ago was a reach, you'll want to avert your eyes at Mel Kiper Jr.'s latest mock draft.

Kiper, the ESPN analyst, mocked defensive backs to the Detroit Lions with their two first-round picks Wednesday, including Cincinnati cornerback Ahmad "Sauce" Gardner at No. 2.

Gardner has emerged as the top cornerback prospect in this year's draft.

The Detroit King graduate did not allow a touchdown in his three seasons at Cincinnati, according to Pro Football Focus, and has ideal size and length at 6 feet 3 with 33 1/2-inch arms.