3 new observations from Lions vs. Cardinals ‘all-22’ film review 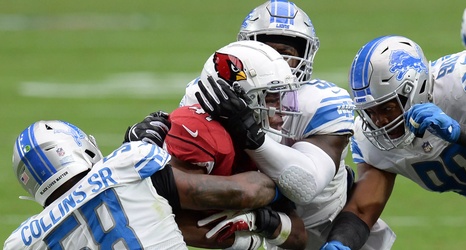 It’s not always easy to catch a great glimpse of a football game from only the television broadcast. Nearly half of the play takes place off-screen, and oftentimes viewers are not treated to a replay—or, at least, a good camera angle of a replay.

That is why you see so many football fanatics rave about the All-22 film that NFL Game Pass has provided to fans in the past few years. This allows the common fan to see the entire play develop with angles not typically provided by television broadcasts. You can get a much better sense of what each team is trying to do, and which players are playing well—provided you know what you’re looking for.