Report: QB Matthew Stafford's Future With The Lions Is "Very Much In Doubt" 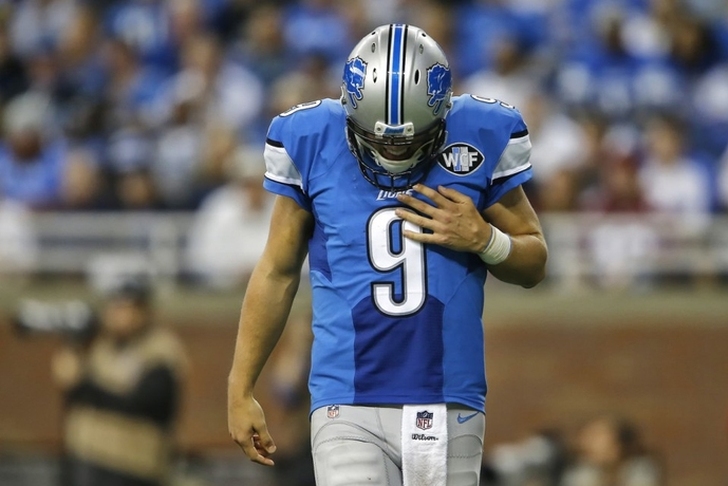 The Detroit Lions are one of just two NFL teams that only have one win on the season, and it appears as though the franchise is going through a total reboot.

They fired general manager Martin Mayhew and president Tom Lewand today, and starting quarterback Matthew Stafford may not be far behind, according to NFL.com's Ian Rapoport:

The future beyond 2015 for #Lions QB Matthew Stafford is very much in doubt, as I understand it.

Stafford has been the subject of a lot of criticism this year, passing for 2,083 yards with 13 touchdowns and 11 interceptions.

Detroit signed Stafford to a three-year, $53 million extension in 2013 that would keep him in Detroit through 2017, but it seems as though the Lions may be willing to cut ties with him to start over at the position.

Stafford has been Detroit's starting quarterback since they drafted him No. 1 overall in 2009, and has started every game since 2011. However, he hasn't won a playoff game in his career.