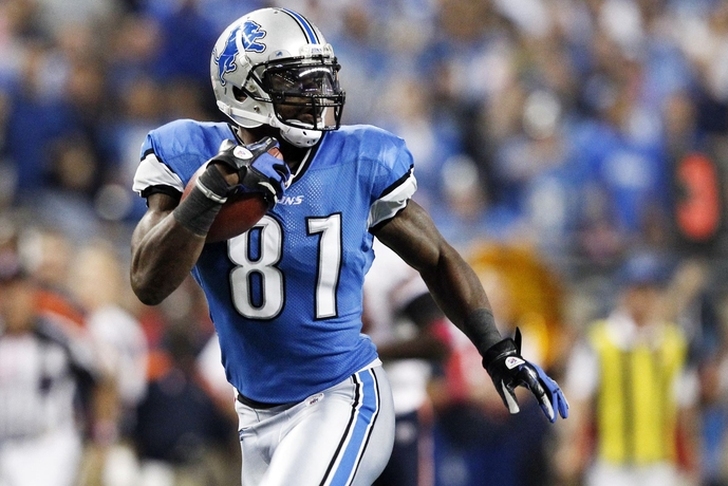 Johnson reportedly told members of his family before the 2015 NFL season that he planned to retire after the campaign, and then proceeded to confirm the decision to Caldwell after Week 17. More on this breaking story inside the Chat Sports iPhone and Android apps!

Per Schefter, Caldwell implored Johnson not to rush the decision and to think it through before making an announcement. Johnson agreed to do so, and the Lions still maintain hope that Megatron will return.

However, a person close to Johnson says that he's "pretty content with his decision" to hang up his cleats. The physical toll on Johnson has been visible over the past couple of years, as he's dealt with nagging ankle injuries and a host of other aches and pains that have taken their toll over his nine-year career.

"Like many players at this stage of their career, I am currently evaluating options for my future. I would expect to have a decision regarding this matter in the not-too-distant future," Johnson said in a statement released by the Lions shortly after they learned of his intentions.

He reportedly told quarterback Matthew Stafford and linebacker Stephen Tulloch before the season that this was his last year, but asked them to keep the information confidential. The latest on Johnson's retirement plans can be found inside our Chat Sports Android and iPhone apps!

The Lions still, though, remain optimistic that he'll have a change of heart at the last minute.

"We obviously have profound respect for Calvin and certainly understand and appreciate his decision to give proper thought and consideration to his football future," the team said in a statement to the press.

More news on this as it's made available.