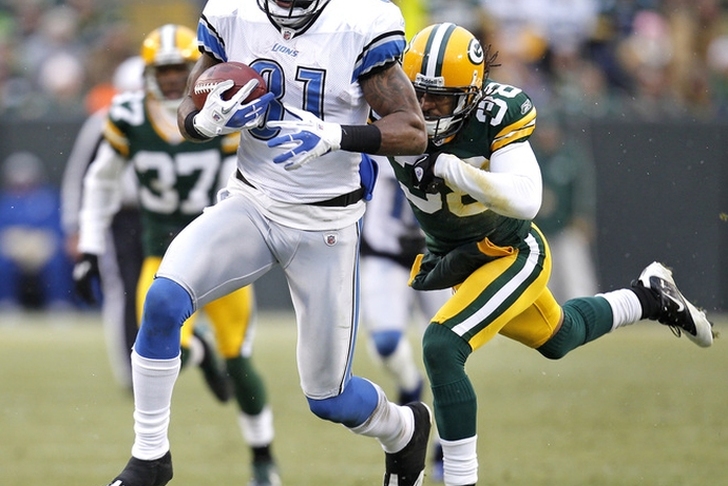 The Detroit Lions beat the Green Bay Packers in Lambeau Field for the first time since 1991 thanks to some luck down the stretch, including a missed field goal by Packers kicker Mason Crosby as time expired.. Here's some notes, quotes, and observations from the game:

Green Bay has now lost three games in a row after starting the season 6-0, though this was their first loss at home since Jan. 5, 2014.

Detroit won just their second game of the season, putting them in a tie with five other teams for the worst record in the league.

James Starks isn't ready to be the full-time starting running back for Green Bay. He amassed just 42 yards on 15 carries while filling in for the injured Eddie Lacy, who missed the game with a groin injury.

"The humility of losing is hard to swallow.’’ - Packers head coach Mike McCarthy.

"Whatever it takes." - Lions wideout Calvin Johnson on Detroit's mindset coming into the game.

"I bet nobody gave us a chance, but that's the way we like it." - Lions quarterback Matthew Stafford on the win.

Green Bay has now dug themselves a pretty deep hole in the NFC. They trail in the Minnesota Vikings in the division are and three games behind the Carolina Panthers for the No. 1 seed in the conference - and could fall to the No. 3 seed if the Arizona Cardinals beat the Seattle Seahawks.

Detroit's season of errors nearly cost them this game. After going up 18-10 in the last two minutes, Green Bay scored a touchdown, missed the two-point conversion, and recovered an onside kick. Luckily for the Lions, Crosby missed the potential game-winning field goal, but Detroit did all they could to try to lose this game.