Lions Rumors: What We've Learned Through Week One Of Training Camp 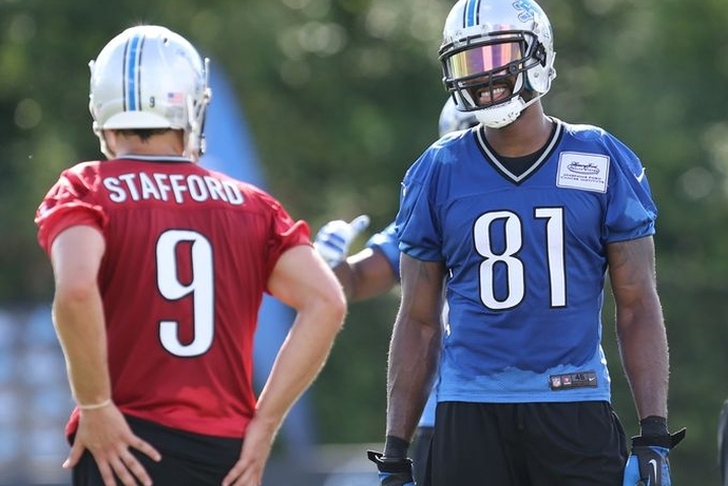 The Detroit Lions' 2014 season ended in a controversial 24-20 loss to the Dallas Cowboys in an NFC Wild Card matchup, ending one of the most successful campaigns in franchise history in abrupt and painful fashion. Regardless, things are looking up in Lions camp this summer following a very interesting and revealing offseason. Here's what we've learned so far in training camp.

One of the biggest headlines in Detroit this offseason was losing Ndamukong Suh in free agency, but head coach Jim Caldwell says he isn't worried about the defensive line's production:

"I think that we had a good, solid spring and we still have some guys that have to come on at our offensive line position and our defensive line position. I think all of us that have been around the game know that it's been very difficult to judge and determine where you are without pads on. They have to be able to make contact to see how low they play in terms of their pads, how they carry their pads, executing their techniques, taking care of their gaps and things of that nature. There's a lot of work to be done from the standpoint of learning, from the standpoint of moving to the ball and the standpoint of being where they're supposed to be. There in the spring we had very good work. We anticipate that that is going to carry on."

Detroit's offense has been one of the NFL's best over the past five years, but that doesn't mean they don't have anything to work on. Caldwell said they're focusing mostly on the play of Pro Bowl quarterback Matthew Stafford, hoping to make him a more efficient quarterback:

"I think one of the things that we try to do is look at it by position. We sit down after our preseason is over with and we make some declarations like that. But obviously we want to keep improving our completion percentage. That's one of the things that's important as a team that we get better in those areas. We want to get better in all areas at every position, not just his position. I think his position gets a lot of attention because he's behind center, but I think that if he continues to do the things he's been doing, that you're going to see a lot of improvement. He did a great job of taking care of the ball, which we need him to do again this year. And I think you'll see him certainly do better in a number of different categories."