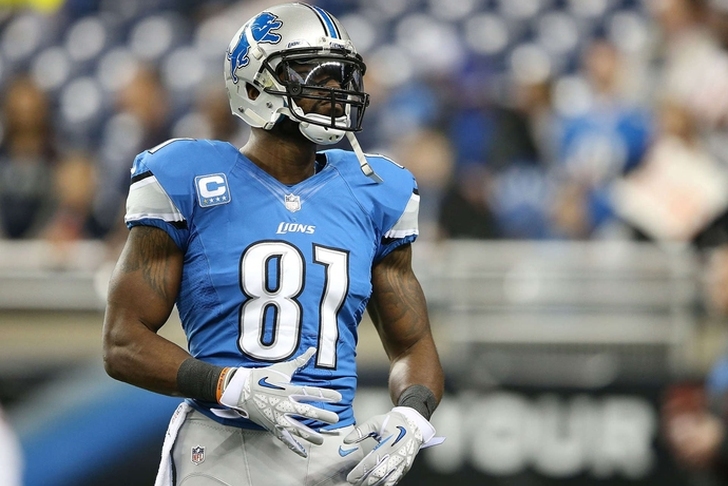 Calvin Johnson has cleaned out his locker, reports Ed Werder.

Source says Calvin Johnson told his mother he wasn't sure wanted to play any more; cleaned out his #Lions locker unlike other vet players

The Detroit Lions might not have star wide receiver Calvin Johnson next season. Johnson said Wednesday that he is contemplating his future.

“Like many players at this stage of their career, I am currently evaluating options for my future," Johnson said. "I would expect to have a decision regarding this matter in the not-too-distant future."

The Lions also issued a statement regarding Johnson.

"We obviously have profound respect for Calvin and certainly understand and appreciate his decision to give proper thought and consideration to his football future."

It'd be a major surprise if Johnson retired. He's just 30 years old and has four years left on a seven-year, $113 million deal. Calvin's large contract carries a cap hit of $24 million, one of the largest in the NFL. That's led to speculation the Lions could ask Johnson to take a pay cut, or outright release Johnson. Johnson released a statement about possibly retiring.

Johnson's body has taken a beating during his nine-year NFL career.

"There has been some conversations about it, not asking me how it is," a former teammate told the Detroit Free Press. "But I think the guy's beat up. I think he's been through enough. And I think it's just his time. He's made the money, got the records, but whatever. I don't know for sure if he's going to do it. I don't know if he's going to get that itch to keep going. I really don't know."

Johnson has been one of the most dangerous weapons in the NFL since the Lions drafted him. Despite battling injuries, he caught 88 passes for 1,214 yards and nine TDs this year.