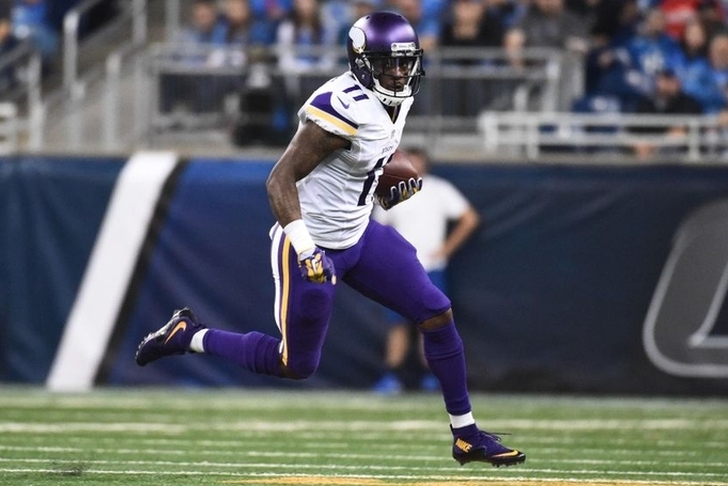 NFL Free Agency starts on March 9th, and the next few days will feature several Detroit Lions rumors. While free agency doesn't officially start until Wednesday, the league has "legal tampering" days leading up to the start of the new team year, meaning teams can discuss contracts with any player - although a deal can't be signed until Wednesday. With that in mind, here are a few of the more interesting rumors and news tidbits on the Lions.

Lions to pursue Mike Wallace?
The big news of the NFL today was the retirement of star Lions wideout Calvin Johnson, and while his production can't be replaced, one option that comes to mind is wide receiver Mike Wallace. Wallace was released by the Vikings earlier today, and Detroit will undoubtedly kick the tires to see if they can sign him. A true speedster and downfield threat, he could excel playing with a strong-arm quarterback like Matt Stafford. He had 39 catches for 472 yards and two touchdowns last season.

Detroit showing interest in George Iloka
The Detroit Lions are one of a handful of teams strongly pursuing Bengals safety George Iloka on the open market, reports the Cincinnati Enquirer's Jim Owczarski:

Iloka had 47 tackles and one sack last season.

Lions pursuing Doug Martin
Detroit is another one of the six teams that are showing interest in signing running back Doug Martin, according to multiple reports. Tampa Bay is trying to re-sign Martin, but several teams - including the Lions and Raiders - have emerged as real threats to sign him away.