Stupidity remains a concern in Detroit 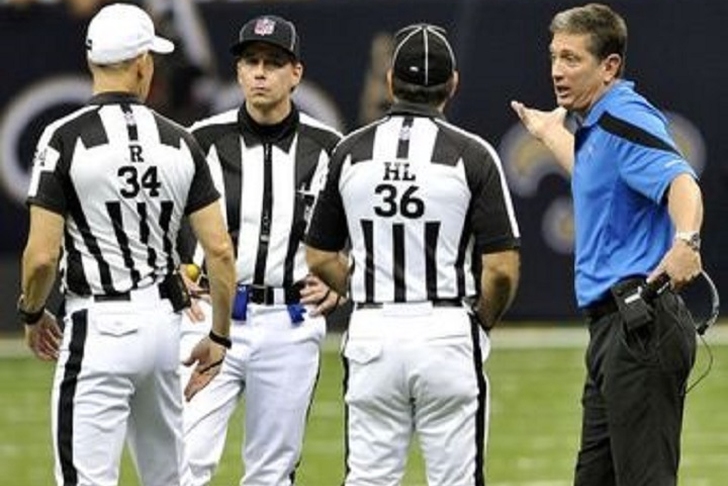 Detroit football fans couldn't have drawn up a better Thursday night than week three of the preseason. Not only did the hometown Lions destroy the NFL powerhouse Patriots 40-9, but afterwards one of the best quarterbacks in the history of the game sang the praises of a team that turned over his prolific offense four times in the first half.

That's right Detroit, Tom Brady thinks this Lions team is one of the most talented in the league. Unfortunately, that talent is offset by the insulting displays of stupidity that have haunted the team through an 0-16 season and beyond.

Fans across the country will famously remember the Ndamukong Suh stomp on Packers lineman Evan Dietrich-Smith on Thanksgiving Day 2011. Detroit had just stopped their division rivals on third and goal to likely force a field goal attempt. Three straight defensive stops had the crowd in a frenzy and the Lions were trying to battle back in the third quarter of a 7-0 game.

Instead, Suh decided to be selfish.

The young defensive star slammed Dietrich-Smith's head on the ground and then got up to stomp on his right arm. As a result, Suh was thrown out of the game and a personal foul gave the Packers a first down inside the one yard line.

Green Bay scored on the next play and ended up taking a 24-0 lead into the fourth quarter en route to a 27-15 win. Though Suh's play cost the Lions a chance to win that game, it seemed like the perfect opportunity for Head Coach Jim Schwartz to teach his team a lesson about what stupid penalties can do.

During the 2012 season the Lions were the most penalized team in the NFL. The penalties were often 15-yard mental mistakes that killed momentum and lead to Detroit losses. In fact, even the Head Coach didn't know the rules, throwing his challenge flag on a scoring play despite the rule against it, costing his squad a victory against the Texans on Thanksgiving. With fans pleading for him to lose his job, Schwartz promised there would be change in 2013. After the game against the Patriots, there is no reason to expect any.

On each of the first two fumble recoveries, the Lions got penalized 15 yards for unsportsmanlike conduct. The first, by second-year defensive lineman Nick Fairley, pinned the Lions inside their own five yard line to start the drive. In the very same quarter, C.J. Mosley pushed the offense from the Patriots 4-yard line to the 19-yard line with his personal foul. Both of these penalties cost Detroit as they ended up settling for field goal attempts.

Willie Young had perhaps the most impactful error, when his unexplainable taunting penalty gave the Patriots, who were pinned inside their own 10-yard line, a first down on 3rd and 10. Young was benched for the remainder of the game for his mistake, but it doesn't seem like Schwartz's method of discipline is getting through to the Lions any more  than it has in the past.

What it all boils down to is a disappointing misuse of talent. The Lions have one of the best teams in the NFL on paper, but the dumb plays will continue to hold them back all season.

Players are often motivated by what the "haters" say they can't achieve. People told running back Adrian Peterson he couldn't come back stronger than ever from his knee surgery. Others told Broncos wide receiver Wes Welker he was too small to play in the NFL. Both of these players worked extremely hard to prove those people wrong, and are two of the top players at their respective positions today.

What people say about the Lions is that they are undisciplined and stupid; that they will never capitalize on their talent because of those frequent mistakes. Cutting down on these penalties and proving those people wrong is so much easier than what Peterson and Welker had to do, because the Lions just have to stop fighting after the whistle.

Nonetheless, Detroit has failed to learn. Even a 31-point victory was stained by the looming knowledge that the team won't get away with so many mistakes in the regular season. The Suh stomp that frustrated so many on November 25, 2011 has turned into a symbol of what the Lions are today: extremely skilled, but too out of control.