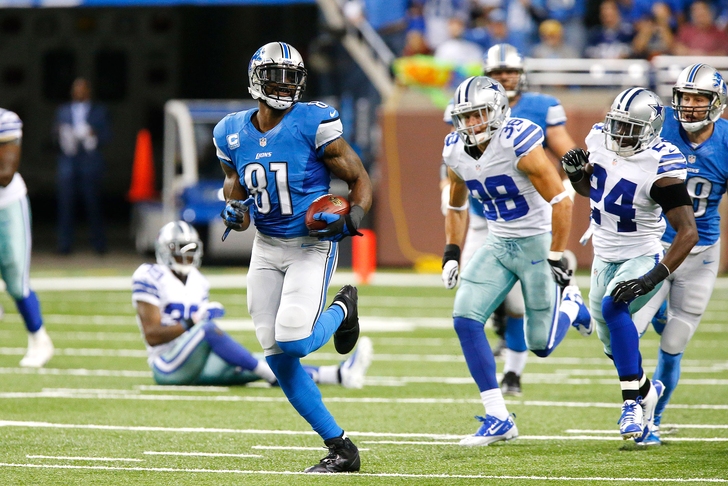 Missed opportunities on both sides led to a low-scoring half, with the Carolina Panthers doing just enough on offense to put two field goals on the board, securing a 6-0 lead over the Detroit Lions heading into the locker room.

Each team would find their offensive stride for one drive during the third quarter, as Detroit would strike first with an eight-play, 63 yard touchdown drive - a push that was finished off with a short one-yard TD pass from Matthew Stafford to Jed Collins.

Carolina would throw a counterpunch three drives later, as Cam Newton would go a perfect 5-for-5 on an eight-play, 72-yard response, hitting WR Jason Avant on a short pass that Avant took 14 yards for the score. Carolina had taken a 13-7 lead, and seized momentum heading into the fourth quarter.

That momentum would carry through, as Carolina would score on two of their next three possessions (a 2-yard Jonathan Stewart TD run and a 38-yard Graham Gano field goal) to extend their advantage to 24-7...essentially driving the final nail in the coffin for a Detroit Lions team that struggled to get anything going all day.

Key Player: QB Cam Newton, Panthers - His legs and his arms make the Carolina offense, regardless of how well Derek Anderson did last week. With an all-world athlete like Newton in the backfield, opposing defenses are forced to key in on him, opening up opportunities for the rest of the offense. This wasn't Newton's most statistically eye-popping performance, but it might be one of his most impressive.

Turning Point: Carolina's haymaker came in that two-drive sequence. Stewart TD, a fumbled kickoff return by the Lions (perhaps the true killer), followed by a field goal turned a close game into a comfortable win for the Panthers.

What We Learned: The Lions are still plagued with the inconsistency bug, while the Panthers may have just enough on offense to make themselves legitimate Super Bowl contenders once again in 2014.

What's Next: The Lions host the Green Bay Packers in Motown while the Panthers get to show off their wares at home in front of a national TV audience next Sunday night against the Pittsburgh Steelers.